Like many countries in Africa, Zambia is a poverty-stricken nation. According to the Borgen Project, a non-profit organisation that addresses poverty and hunger in poor nations such as Zambia, 60% of the Zambian population live below the poverty line, with 42% being classified as extremely poor. This figure is worse in rural Zambia, where 83% of the population live below the poverty line. Where food security is concerned, 350 000 people (from a population of 17 million) do not have access to a regular food supply. High food prices in Zambia also account for families spending 64% of their income on basic food needs. This food insecurity results in 15% of children in Zambia being underweight, and 40% experiencing stunted growth.

While these statistics paint a harrowing picture, it’s not all bleak. According to the UNDP, between 1990 and 2017 Zambia’s Human Development Index (HDI) value increased by 46.7%, from 0.401 to 0.588, and life expectancy increased from 45 to 62.3 years in the same period. This shows that although the country still experiences extreme levels of poverty, life is slowly getting better for the people of Zambia. 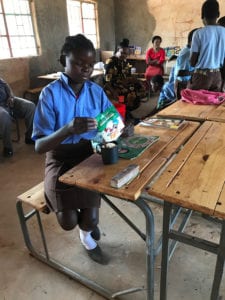 One role player that is making a difference in the food security and nutritional health sector is First Quantum Minerals (FQM) in Solwezi in the North-Western Province. Through its Kansanshi Foundation, FQM provides more than 6 000 learners in 12 primary schools in the area with at least one vitamin-, mineral-, and protein-enriched meal per child daily. This meal is a high-energy fortified porridge that will keep the children full for the rest of the school day. The company spends about US$45 000 a month to provide learners with the nutrients they need to improve their education, and thus also their lives in the long run. According to Sally Bell-Cross, a nutritional consultant for FQM, school attendance in rural schools that participate in the programme has increased from 64% to 87%, and general school performance has increased by 15%. Teachers at several of the schools also reported numerous behavioural changes among the learners, such as reporting to class earlier and being less disruptive in class.

FQM has a goal of improving educational outcomes in Solwezi, and has a number of initiatives to achieve this. One of the benefits is to enable it to recruit employees from the district rather than from other parts of Zambia.

According to the District Commissioner of Solwezi, Rosemary Kamalonga, the Zambian government understands that there is a direct relationship between nutrition, health and learning and that these three factors have a major impact on childrens’ development. Without decent nutrition, a child won’t experience good health, and without good health, a child won’t be able to learn and grow properly. In turn, without a proper education, the child won’t be able to contribute to the economic welfare of his or her family or that of the country. The slow but steady increase in Zambia’s HDI value is an indication that these measures are making a positive impact. 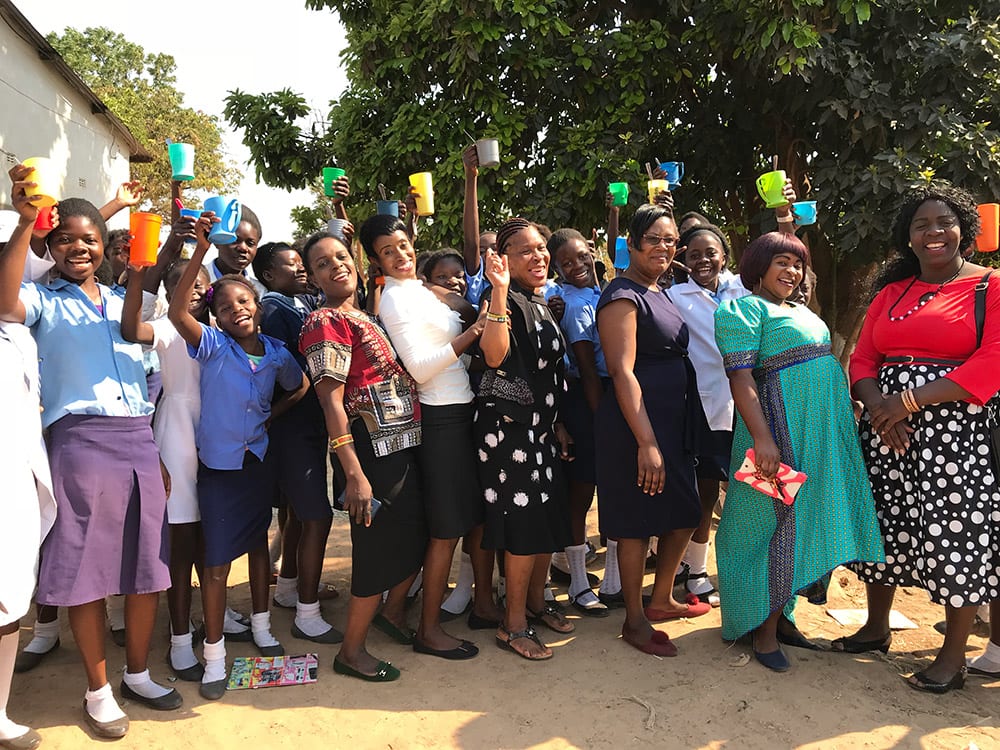 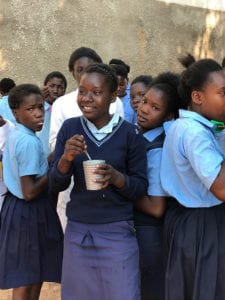 The fortified food that the school feeding scheme supplies to the schools in Solwezi is Nhlayisa Power Supply’s Yabhusta Instant Fortified Porridge. It is a soy-, sorghum-, and maize-based porridge that is fortified with all the necessary vitamins and minerals that young minds need to grow. Since it only requires adding milk or water, it is easy to make and doesn’t require much preparation time. Due to all the nutrients in the porridge, children feel full for longer and therefore do not lose concentration during the day as they would with a low-nutrition meal.

By supporting the school feeding scheme in the Solwezi district in Zambia, Nhlayisa Power Supply has shown that our outreach doesn’t only involve the people of South Africa, but that we aim to improve the health and wellbeing of people in other African countries by providing them with an affordable option to good nutrition. We hope to expand our outreach in the future so that more people from other regions and countries can benefit as have the children of Solwezi.