This article was published in SADC Sugar Digest Magazine – 2019

An unlikely partnership between an Australian tourist and a former South African game ranger has resulted in the development of a highly nutritious fortifi ed food that both farmers and industries across the sub-Saharan African region are recognising as essential for the health of their workforce.

Yabhusta instant porridge and mageu, also known as amaHewu – a traditional African fermented maize-drink – and now the recently developed MultiVite-enriched maize porridge, are a range of instant fortifi ed foods enriched with vitamins and made with ingredients aimed at improving the overall health and well-being of rural people in Africa. 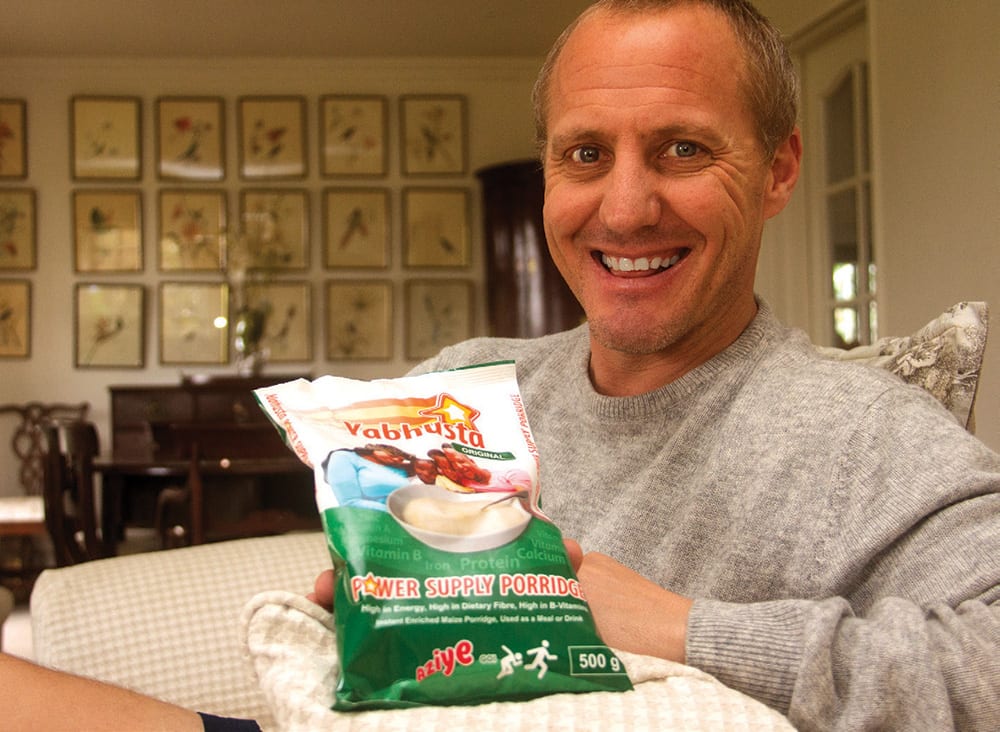 Alex van den Heever, founder of the company Nhlayisa Nutrition Solutions, says the development of the lactose and gluten-free products started when it became apparent the workforce he was managing at a high-end game reserve alongside the Kruger National Park were often ill and overly fatigued while carrying out their duties.

“There was already a fortified porridge product on the market at the time, so I introduced that to supplement their meals. One day I happened to walk past the incinerator we used to manage some of the waste on the reserve, and noticed a ton of the porridge being incinerated. I immediately made enquiries with the staff. The fi rst thing they asked me was if I had ever tasted the stuff. They said it was disgusting and second, as far as they knew, only people with HIV/Aids ate such food,” Van den Heever said.

It was at about this time that he found himself “chatting” to an Australian guest at the reserve about his dilemma.

“Dr Graeme Sait is a pioneer in nutrition, in particular nutritional farming, and co-founder of a Queensland company called Nutri-Tech Solutions. He has spent many years researching health and well-being and the benefi ts of eating the correct foods. He said he would help me but I had to do everything he told me to do, to the letter.”

The first task Sait set for Van den Heever was to dig in all the dustbins outside the homes of his staff and in the surrounding areas to find out what the communities were eating.

“What the exercise did was to give us a very good idea of the rural South African diet and its deficiencies. Using maize, soy and sorghum as the basis of the products it took us about four years to refi ne our first instant porridge. We tinkered with the vitamin content because if you just add vitamins to maize, for example, it tastes very bitter. We wanted to add a bit of sugar but then that is problematic as well. We had to be careful that the glycaemic index (GI) of the product wasn’t too high. Eventually we got it right. Now we have a product that is highly fortifi ed and delivers all the nutrition required in a balanced daily diet,” said Van den Heever.

In 2007, the Yabhusta Power Supply instant porridge was launched, mainly to game reserves and some privatelyrun children’s feeding schemes in the vicinity of the Kruger National Park.

But as word spread about how the porridge was improving the health of both children and adults, sugarcane farmers started using it extensively for their staff in KwaZulu-Natal and Mpumalanga, and, as many of these growers began diversifying their operations in response to the crisis in the domestic sugar sector, so the product started to take off among macadamia farmers as well.

KwaZulu-Natal Midlands commercial sugarcane farmer Ant Edmonds said he introduced Yabhusta instant porridge to supplement the existing regime of a hot meal provided in the evening for his cane cutters.

He said the trend to outsource cane cutting, provide housing but not provide food had “certainly” changed the system that had prevailed in the past.

“Back then, most sugarcane estates took seriously the responsibility of caring for their team of cane cutters, but as we all know, things have changed. To my mind, however, the story is simple. A cane cutter can work for up to eight hours doing the most ergonomically taxing job in the world, under hot and humid conditions. There is also a strong possibility he is HIV/Aids positive and taking ARVs; he arrives back where he is staying pretty damn tired and now he has to think about putting together a nutritious meal. That’s just not going to happen.”

Van den Heever said the product was also used in the mining, timber, conservation and agricultural – including sugarcane – sectors in countries like Zambia, Botswana, Malawi and Mozambique.

Interestingly, a feeding scheme linked to a mining operation in Zambia is feeding 6 000 children a day using Yabhusta instant porridge.

“Now we are busy rolling out the Rolls Royce of fortifi ed porridges called MultiVite. This product has been developed in adherence to the shift in knowledge about nutrition in recent years. It is certifi ed low GI, low in sugar and high in energy, protein and dietary fibre. It mixes instantly with just water, requires no cooking, making it an ideal nutritional solution, particularly for pre-shift or during shift use,” he said.

The upcoming launch of a product specifi c to the needs of elderly, pregnant and breastfeeding women and children has Van den Heever particularly excited.

“Stunted growth among children on the African continent is a very real problem. It is something that we just don’t talk about enough. Stunted growth affects a child’s ability to learn and to progress in life. Children cannot learn, or fulfi l their potential, without having eaten a decent meal that gives them energy, and adults cannot enjoy or even complete a full day’s work if they haven’t had a proper meal.”

Citing the extraordinary South African GG Alcock as his role model and mentor, Van den Heever said supplying and developing affordable, easy-to-prepare, nutritious food for Africa’s rural poor has become the reason for his being. 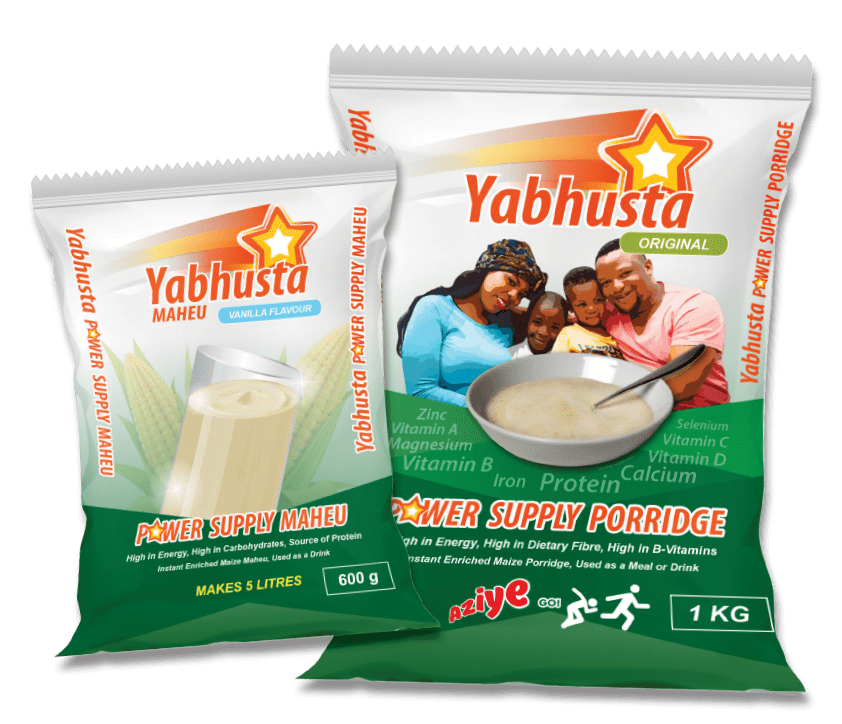